Thoughts :: How taking God away of the math made me a better person

A hippo in a flower field. 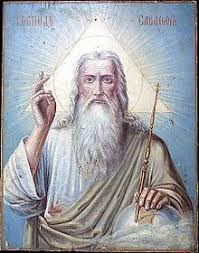 I’m not a strict-sense atheist. I still believe in higher powers, in an omniscience, in the Divine Providence.

But not in an anthropomorphic deity. If there’s an over-all consciousness, it cannot be human – not even close. It must be The Sense from deep within (or behind) an atom – and by “atom” I mean its original meaning: the unbreakable smallest whit. Something far away from how we’ve seen the Numinous.

That said, we can go on and talk a little about how taking God away of the math has helped me.

As autistic, I have a lot of side issues to deal (notta mention the social biases). I suffer from Sensory Processing Disorder. The worst deviation is my hyporesponsive proprioception, added to an also hyporesponsive vestibular sense.

As result, I’ve never had a good dexterity. I let stuff fall down, hit the furniture, suck at sports, and some other annoying things out of my control.

It means that old guy up there has messed with my whole life, shaking stuff for me to break, and putting unseen things in front of my march.

It was making me hate him ☝. Why would such a good God be that evil to me? And hate is never a good thing, even when one hates an imaginary friend. Hate makes grow what’s worse inside.

And it was consuming me… until I put the human god idea away.

Done that, there was nothing left to hate. I could only deal with the acceptance.

Thereafter there has been no more (that kind of) hate. It simply vanished.

The Universe works how it does, I’m who I am, and there’s nothing wrong with none of this.

But still, leaving aside the matter about God, the society must adapt to include the differences.